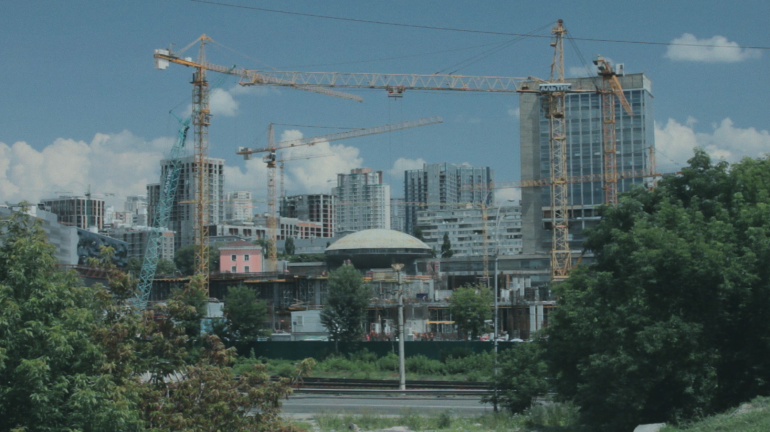 Infinity According to Florian

Florian Yuriev wasn't a filmmaker as such, even if moving images and the interaction of lights and sounds did play a major part in his art - which one could describe as the most expanded of cinema. Yuriev was a painter who developed a whole theory of color and musicality. He was an architect whose most famous creation was also used as a movie hall, and was designed to host what he called Light Theatre performances. And as a true man of the 20th century, he did, of course, shoot films - yet without ever feeling the need to finish them.

Here, in Radynski's essayistic paean in honour of his unique contribution to Modernism, a life spent in defiance of orthodoxy and conformism, one gets for the first time ever generous glimpses of these little gems begging to be revealed – as another side of this polymath’s genius.

Oleksiy Radynski is a filmmaker and writer based in Kyiv. He is a member of Visual Culture Research Center, an initiative for art, knowledge, and politics founded in Kyiv in 2008. Since 2011, he has been an editor of Ukrainian edition of Political Critique magazine.