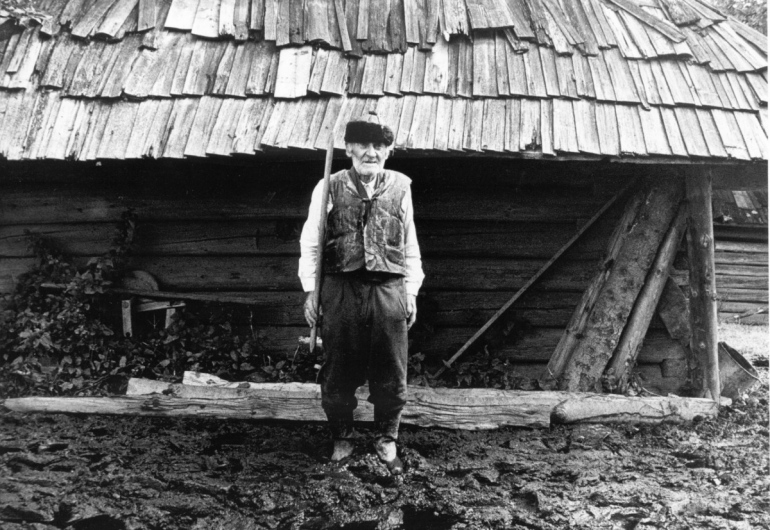 The Old Man and the Land

This film is Robertas Verba’s directorial debut. According to film critic Laimonas Tapinas, “it rarely happens that the first film is successful [...] and it is even more unusual a phenomenon that the first film changes trends in cinematography. Verba’s first film The Old Man and the Land had exactly that kind of influence.” The hero of the film is the bright Lithuanian villager Anupras whose archaic worldview becomes a symbol of the ethno-cultural Lithuanian identity that was often opposed to the identity constructed by the Soviet propaganda.

The pioneer of Lithuanian poetic documentary, chronicler of Lithuanian national revival, director, cameraman and a scriptwriter made over thirty documentaries, filmed hundreds of videotapes for a historical chronicle of that period. He graduated from All-Union State Institute of Cinematography as a cameraman. His 1965-1970 films, according to film critic Živilė Pipinytė, “shaped the genetic fund of Lithuanian documentary film – its stylistic features, the taste for metaphoric image as well as minimalism of a means of expression.”

Pictures of the Old World

Pictures of the Old World is an unquestioned masterpiece of European documentary cinema, with existential radicalism that offers a contrast to the shallowness of hundreds of other documentary films showing images from the outskirts of civilization. The outskirts here are a Slovakian town in the Tatra Mountains. Though censored for 17 years, Dusan Hanáks poetic visual essay is not a political or even social film. It goes to far deeper and more fundamental levels of human experience. Inspired by the photographs of Martin Martinek, the power of the film lies in its unusual portraits of people whose raw visual beauty radiates from their very souls. Some, like the village cosmos aficionado or the disabled old man who climbs stairs on his knees, are hard to forget.

The Old Man and the Land

Pictures of the Old World