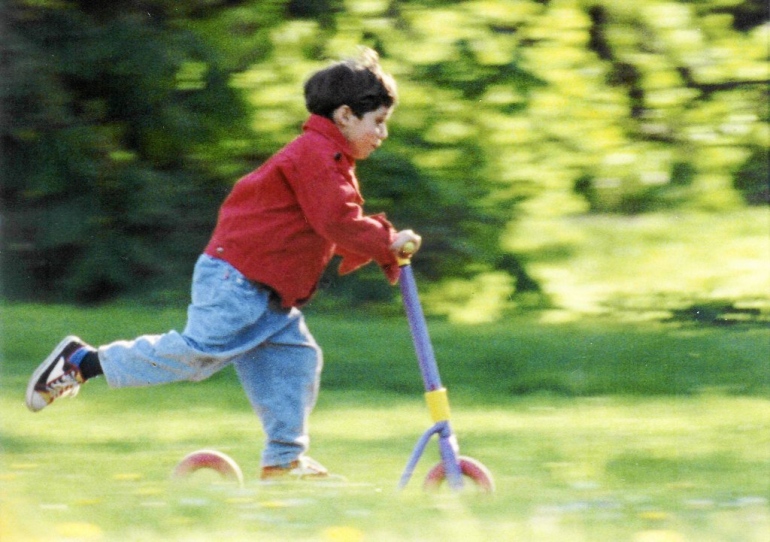 Love and desire fill the minds of villagers in a Hungarian speaking village in Transylvania, Romania, even in their old age. Time has stood still here, and although most of the village’s inhabitants are elderly, they are refreshingly young at heart. Stream of Love is funny, surprising and heartwarming, revealing how these tragicomic tales prove the ancient game of love and romance is still being played in this remote village, with its aura of bygone days.

Started her career as an editor and director in the Hungarian National Television. Later she began directing and producing documentaries for television and film, of which she has made over 35 films. Ágnes Sós is also the founder and director of the Budapest International Documentary Film Festival.

Tomek discovers the world by pacing a park on his scooter, stopping to smell flowers, chase butterflies, and feed squirrels. However, the most important are his stops beside park benches where old people rest. The boy engages them in conversations, confronting his knowledge with their experiences. He manages to create a certain natural aura which daily interhuman relations lack. He asks his interlocutors unobvious questions, like for instance: ‘how long will you live?’, ‘what would you do if you were born again?’ and they answer them willingly, confessing to Tomek what lies in their hearts.

Born in Paris, he earned his degree in Film Directing from Łódź Film School. In 1994, was nominated for the American Academy Award and for the European Film Academy Award for the documentary – “89 mm from Europe”. Lectured at FEMIS film school and the School of Polish Culture of the Warsaw University; ran documentary film workshops in Marseilles. Currently lectures at Andrzej Wajda’s Master School for Film Directors.