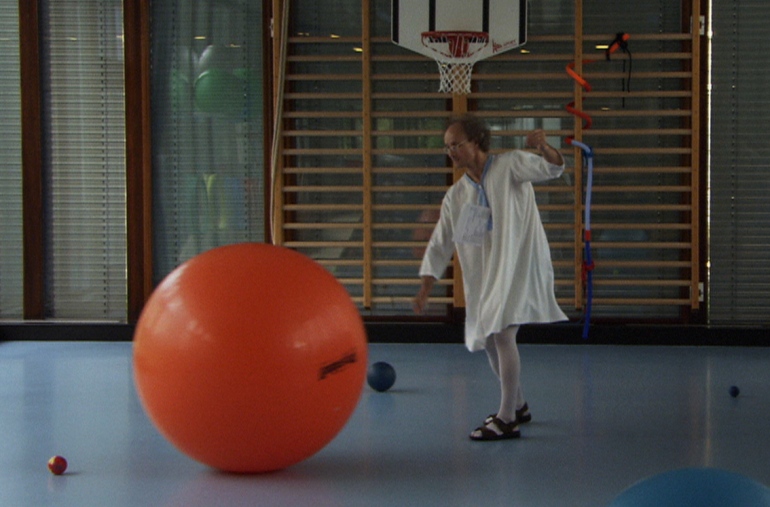 As carpets are rolled and furniture covered, a grand hotel in the Swiss Alps ushers in the off season. Melancholy song floods the empty halls as director Christoph Marthaler and his theatrical family rob the hotel of its sleep with endless choir practices – for six long weeks, right up until opening night. But one person is missing from the rehearsals: Jürg Kienberger, scion of the hotel family and veteran musician, member of Marthaler’s ensemble, is recovering from an operation on his knees, killing time with a one man show at the rehab clinic. Aloof from the goings-on, Kienberger reflects with subtle irony on the evolution of a Marthaler production, airing the secret of the cult phenomenon without giving it away. Meanwhile, the troupe are raising ghosts from the hundred years of the hotel’s history. Both jovial and saturnine, the quirky loners are united when they sing. The film escorts its viewers to a feast of music and poetry, and invites them to join a theatrical family.

Independent artist, author and film director born in 1965 in Lucerne, Switzerland. Having trained as a photographer at the Bern School of Design, studied at the Theaterschool in Amsterdam and audiovisual design in Basel School of Design, up until 1997 Sarah worked as a camerawoman for 3SAT, Arte and BBC, and also collaborated on documentary films with Edith Jud, May B. Broda ir Luzia Schmid, among others. At the same time, she was also involved in various creative activities in theatre and the visual arts. In 1993 she was awarded the Panasonic Germany Prize for Best Camera. In 2001 she began to direct feature films.