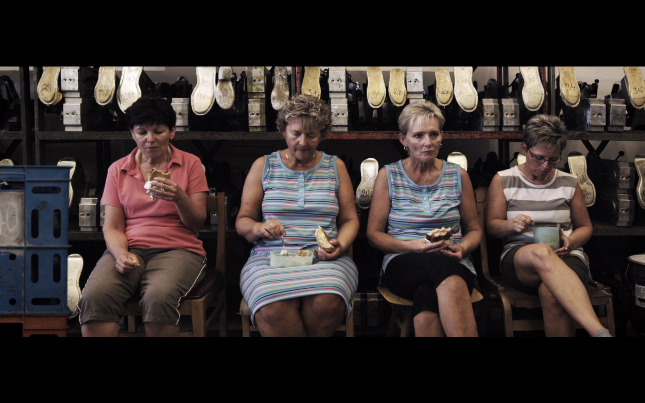 Gottland provides an unconventional look at Czechoslovak’s 20th century history. This film is comprised of short stories that portray many peculiar fates: the Letná plain with the largest statue of Stalin replaced by a huge billboard depicting Václav Klaus; the love affair between the actress LídaBaarová and Joseph Goebbels; the story of Eduard Kirchberger, a pilot and author in the services of the Czech State Security (STB); TomášBaťa’s vision of assembly line production; and the tragic decision of ZdeněkAdamec to self-immolate as a form of protest against the state of society. This feature film was inspired by the bestselling book ‘Gottland’, from Polish journalist MariuszSzczygiel, who focuses on the extraordinary, surreal, disturbing, and funny aspects, or in other words, the Kafkaesque aspects of Czechoslovakian reality.

VieraČakányová studied in the Documentary Film Department of the Film and TV School at the Academy of Performing Arts in Prague (FAMU). Her early films from this time received world-wide attention – she received several international awards for her experimental documentary film, Under Underground, which maps the relationship between both the underground, and the world above.

LukášKokeš studied in the Documentary Film Department at FAMU, and regularly cooperates with Czech Television and the television network HBO.

KláraTasovská studied in the Documentary Film Department at FAMU. She made the feature film Fortress, which won the award for Best Czech Documentary at the IDFF Jihlava in 2012.

Petr Hátle graduated from FAMU with the feature film The Great Night, a visually powerful probe into the nightlife of the Prague periphery. This film received an award for Best Documentary at the Jihlava film festival.

RozálieKohoutová received several awards for Roma Boys, her first film that was made during her studies at FAMU. Whilst at FAMU, she worked intensively on the production of documentary films, and not only in the Czech Republic.