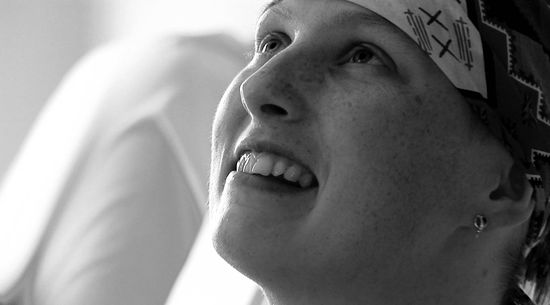 It is an ordinary day at a Warsaw oncology clinic where patients go to receive their chemotherapy treatment, otherwise known as chemo. Watching their faces in intimate close-ups, we enter wards full of chatter. Conversation seems to be part of the treatment, and chatting with a bedside neighbour part of the prescription. Women and men young and old debate the headscarves vs. wigs issue, swap cabbage, home remedies, and hope for a good recovery. Life for them is in the moment, so there is little small talk – a father intends to live long enough to read his son’s master’s thesis, another plans to attend a wedding, while an expectant mother looks forward to meeting her new baby. Their conversations fill the time before the session is over and bring us a snapshot of ordinary lives interrupted by an incomprehensible force. This startling and beautiful film is dedicated to film editor Katarzyna Maciejko-Kowalczyk, the director’s long-time colleague.

He was born in Warsaw in 1965. In 1992 he graduated from the Faculty of Film Direction at the National Film School in Łódź. He is a scriptwriter, director and producer of documentaries, and the son of Marcel Łoziński, a famous Polish documentary film director. He has cooperated with his father in several renowned films, such as Seven Jews from My Class (Siedmiu Żydów z mojej klasy, 1991) and 89 mm from Europe (89 mm od Europy, 1993), but early on began to work on his own. His own documentaries have been shown at international festivals and have won prestigious awards in Bornholm, Paris, Leipzig and Krakow. He specializes in documenting everyday life. He also made one feature film called Grate (Kratka, 1996).