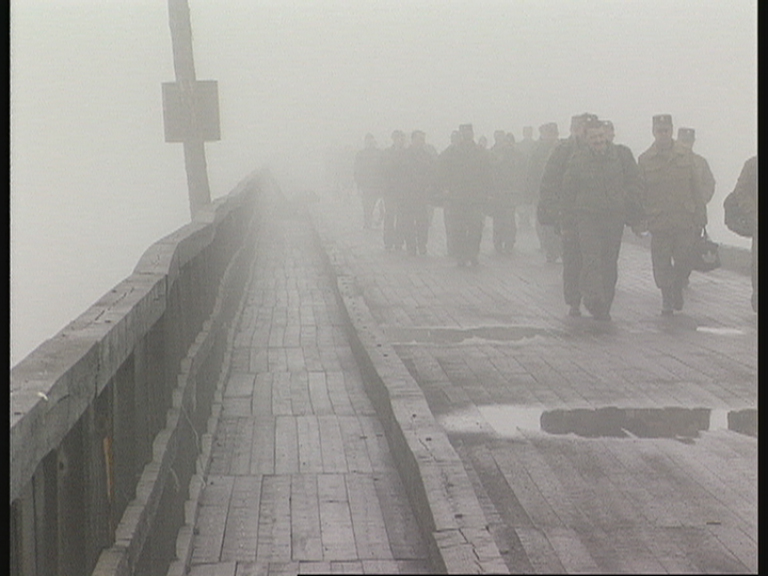 The first prison in Russia for those sentenced to life terms. A single cell. We see a prisoner who is sentenced to life imprisonment for a triple murder. He talks with God who is indifferent to his fate. He prays and yet is not a believer. His words fill the air of the cell. He talks and listens to himself. The prison physically thrusts the prisoner into time.

The film shows one day of the life of the prisoner who will never leave his cell. He is one of 142 prisoners in this Orthodox monastery built in the 16th century and later converted into a harsh regime prison. The film shows prison life, and the external world, which the convict does not see, but its echoes reach him in the form of fragmentary words of the guards, incidental sounds and noises. According to the film’s director Alexander Gutman his film is like a mirror, reflecting the realities of life in Russia today.

He was born in 1945. Alexander Gutman went to the Leningrad studio of documentary films as a cameraman’s assistant. While working at the studio, during more than 30 years, he graduated from the All-Russia State Institute of Cinematography and became a master with his own method and extraordinary view. It can be said without any exaggeration that today films shot by Gutman are well-known worldwide. His documentary films go beyond the boundaries of documentation. He is interested not only in the facts and realities of today, but also in the inner world of the character. During his work in cinematography, he has shot more than 100 films and newsreels as a cameraman, about 40 short and full-length films as a director. His films have been shown at numerous international film festivals, and has received many awards for his masterpiece Frescoes which garnered 12 prizes from a total of 28 Russian and international festivals it was shown at. He has been a jury member at several festivals, is a member of European Film Academy and gives lectures at the Russian State Institute of Cinematography, New York University Film School, Łódź Film School, and the Sorbonne among others.